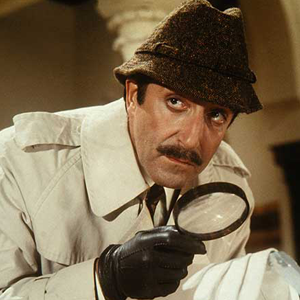 DEFINITION: A person or group of people who enter the theater after the show has started, and provide a distraction by seeking out their seats.

This is easily one of the most passable annoyances, and it's really more of a nitpick on my part. For me, this is an unwanted distraction.  Unfortunately for myself, I get distracted easily, and because of this, I might miss some valuable plot points or something just because I'm so focused on someone standing there, in the dark theater, looking around blankly 'cause they can't find a seat. It's truly remarkable how long someone can just stand there like that, in search of seating like they're trying to find land from some lifeboat.

To be specific, however, it only really gets to me if the movie has already started. During commercials is fine, during trailers is okay, during the movie, you're officially late. But again, it's a petty distraction more than anything. I understand that sometimes late busses or even more personal matters happen. It's happened to me just the same. So don't think I'm angry about it or anything. It's just that for me, it provides distraction. 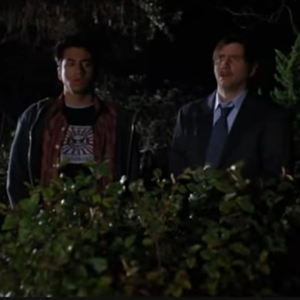 DEFINITION: A person or, more likely, group of people who enter a nearly empty theater, after you have already sat down. They will then find their seats immediately in front of, behind, or beside you, despite there being a multitude of other seating available.

Now, obviously, this is a petty thing that irks me from time to time, and it's easily resolved. If the theater is in fact that empty, I can just move if it bothers me that much. But it's still just a personal little pet peeve of mine. I sat down first, and these people just HAVE to be close to me. I dunno if it's just me, but I find there's a certain discomfort that comes with these kind of people. Why sit so close?

As a comparison, imagine riding an empty bus instead. Odds are, you don't really care for the next passenger who comes on to sit next to you. Not because they're terrible people or anything, but simply because you want our space, and there's nothing wrong with that. It likewise doesn't make you a horrible person for wanting your privacy. 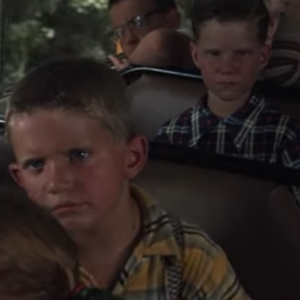 DEFINITION: A single person or a couple of people who have an entire row blocked off, saving their friends' seats. Also known as "Harvey Hogger".

I must confess that I was once extremely guilty of this. Mostly because at the time, I didn't see it as a big deal. That is until one movie in particular had the crowds flowing in, and I was supposed to save about 8 seats for my friends. Eventually, someone just kinda sat down in my saved seats anyway, because they were bigger than me, and I'm not stupid enough to get into a fight over theater seats. Needless to say, we were separated from each other by the time the rest of my group came back from grabbing snacks.

Ever since then, I've never saved more than up to about two seats at a time, basically because I learned from earlier on that it was an asshole thing to do, at least in a crowded theater. It's not a scenario that sincerely bothers me, as I'm often on my own, or with one or two friends. But I can see why it gets under people's skin. 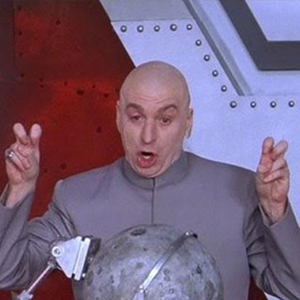 DEFINITION: Someone who uses a laser pointer on the movie screen in order to provide a laugh, or more likely, a theater full of pissed off people.

Thankfully this one has pretty much died out. But I'm sorry to say that I have seen it once over the last year. That was probably a fluke, but it still happened, and for no other reason than to annoy people. Eventually, the guy got it taken away from him. Thankfully, he didn't put up any fuss about it. I guess he understood how pissed off people got about it.

This one is right up there with my #1 on this list. It's pretty much the same person, only the "Laser Pointer" does something very specific. There was a time when this was a trend. Y'know, one of those really shitty "what the hell were we thinking?" trends. I never did it, myself, that I remember (at least I hope I didn't). But it became such a thing that there was even an episode of 'Seinfeld' that brought it up. Thankfully, that episode pretty much made the trend die, because everyone saw how stupid a thing it was to do. Anyway, continue NOT doing it, and we'll be fine. 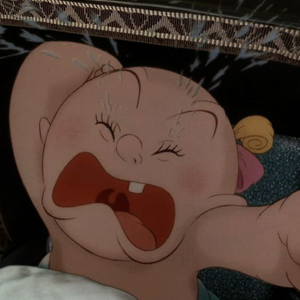 DEFINITION: That grey area I don't really wanna go to, but it still needs to be brought up.

Before I start on this, let me be fair. I am not, myself, a parent. There may be a whole chapter about parenting I don't know about that involves having a screaming baby in the theater. That said, it doesn't change the fact that a screaming baby in the theater is a real distraction. I do not by any means blame the baby for the distraction, though. The baby is just doing what babies do.. I blame the baby's parent!

I know you paid for your ticket and everything, and you wanna see the movie, but your screaming baby is distracting an audience. Please, just take the baby out and tend to whatever business needs tending to. If it means missing the movie, I'm sorry, but that's the price you pay for bringing a baby to a theater. MAYBE the baby is crying BECAUSE of the movie! I don't think it's unfair to ask that a screaming baby be removed from the theater while I'm trying to enjoy a movie I paid good money to watch. 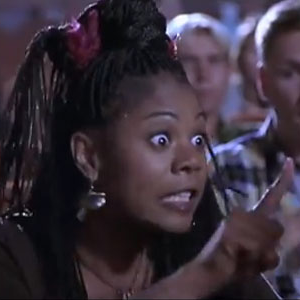 DEFINITION: A person or group of people who watch the movie and comment on it the whole way through without even attempting to whisper.

There's really no limit to this. It can be as simple as reading a title out loud, or it can be as brutal as "I knew that was gonna happen" after a whole movie of calling what was gonna happen. Sometimes it's pointing stuff out, and saying "OH! Look, she got work done!" (said of Emma Stone at the beginning of 'La La Land', no joke, and the lady was about 80... I moved).

I do find for the most part, this tends to be an older person thing. To be fair, the volume of their voices may very well be a bit cranked due to hearing issues... But ALSO to be fair, they just plain shouldn't be talking in the first place, and if they are older people, they ought to know better by now. If you're gonna discuss a movie, then do it AFTER YOU'VE WATCHED THE MOVIE! 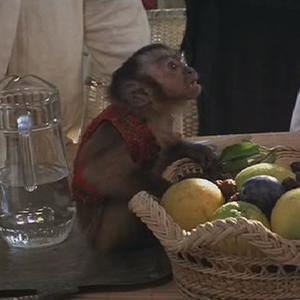 DEFINITION: A child or group of children, usually unsupervised, who will not sit down, be silent, and actually watch the movie. Though rare, on occasion, they can be seen running up and down the aisles, laughing, being rowdy and being children.

As annoying as a screaming baby can be in the theater while trying to watch a movie, it's certainly no "Monkey"! I'm talking about these kids who are about 5-9 years old, and just goofing off and having fun and completely murdering the movie for everyone else. Most often, these groups are unsupervised. However, sometimes they are, and that just makes the situation so much worse, as you're also dealing with an ignorant parent.

Don't get me wrong though, I'm not saying DON'T have fun like that. If you're a kid, by all means, enjoy childhood, it's a good time! But there's a time and place. Please treat the movie theater as you would treat something like church; be seated, be quiet, and listen to what the big voice up front has to say. 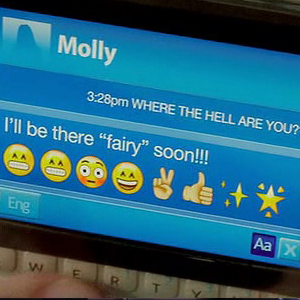 DEFINITION: A person who just can't wait to text a friend or loved one back, thus doing so, and providing a giant distracting light for the whole audience behind him or her to see. Also known as "Tommy Texter".

This isn't that hard, you guys! Put your phone away for a couple of hours... It's 2, maybe 3 hours max of your entire life. You'll live if you don't answer your text/email/phone call or whatever, believe it or not. You paid to see a movie, right?

Now, in some cases, there are emergency situations, and the person with the phone may be on standby. That's fine. By all means, answer your phone if that's the case. Just DO IT OUTSIDE! Take yourself OUT of the theater for whatever short amount of time is needed to talk or text or email. I have been in this situation before. You could even go into the little hallway there where the doors are. Just be OUT of view of everyone trying to watch the damn movie! 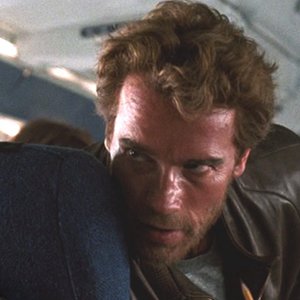 This is easily one of the most annoying things anyone ever puts up with in life. Being that it's a common enough annoyance among the human race, it amazes me that people STILL do it! sincerely, what in the HELL is the point in doing this? Is it just something you wanna do to get a rise out of the person sitting in front of you? If so, it works, and I wanna kick you in the teeth, so congratulations! The only pass for something like this is if the person behind me is tall enough that his/her knees have to uncomfortably rest on the back of the seat. I can always change places if that's the case. 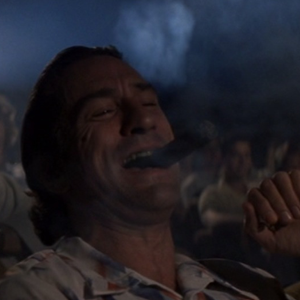 DEFINITION: A single person who feels that just because he/she paid for the movie, he/she gets to act like an asshat. This mostly includes laughing obnoxiously, and trying to get a laugh by shouting out random things.

If there was ever a type of person I downright hate and have no patience for whatsoever, it's THIS asshole! Nine times out of ten, it tends to be a guy trying desperately to impress his date. I have had my run-ins with this guy several times in the past, and each time had to keep myself from going berserk.

It doesn't matter what you do or say, these assholes insist that they have "rights to do this". While that may be true, that doesn't make you NOT an annoying prick! I have the "right" to tell a woman she looks like a whale, but since that would make me an asshole, I'm not gonna do it!. I pay to watch a movie, not listen to your obnoxious soundtrack of low-brow jokes.